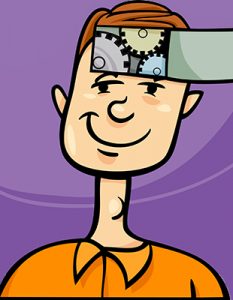 As recruitment specialists know very well that tests alone do not make or break the deal. This test is only one of many data to aid us in making the recruitment decision. In our company, we use personality tests mostly to understand what sort of a person we’re going to be working with. When looked at with this perspective they are very useful. Sometimes we take a second look at these tests when a person causes a problem in the company, to understand the source of the problem.

Let me give some examples:

Are we dealing with a person who will not lift a finger to do a task before learning the teorical knowledge verbatim, or a person who thinks “I’ll manage somehow” without having any knowledge about the task whatsoever.
One person may quit because he is given mundane tasks, while another may lose productivity because he is given a different task and this is too challenging for him.

One employee may secretly get angry at his superior for criticising him and make life difficult for both himself and his superior, another may just say “You are right” and correct his mistakes.

Working with many different personalities is what makes an organization colorful and diverse.

While evaluating Performia tests which we use, we need to consider the location factor and evaluate differently for different countres. This is relevant to all personality tests. After years of experience we see some dominant patterns, and while each person is different an overall picture can be seen. Just as there are traits for people, there are dominant traits countries.

While I don’t have personal experience for other countries, there are a couple of examples the founder of Performia gave during a conversation. For example in America, while the majority does not receive much high education they tend to be creative and to think big. He ties that to living in larger spaces and having a lot of open space around them. The Japanese, on the contraty have a much deeper cultural heritage, but they tent to develop existing ideas rather than invent new ones. For example, making objects smaller and smarter. I am not an expert on this subject, so I’m just giving you his opinions.

7 years after beginning to use Performia tests in Turkey, my observation is that the tendency for cunnningness is quite high. While each individual have unique traits, the country they live in surrounds them like a jar. Everyday, we have to look out for threats all around them, in order to get a seat in the bus or ferry, to not get shoved around or to not get cut in line. We have to rush forward the second traffic lights turn green, cut people off in the highway no matter the rules, fight for our child when they are subject to unfair treatment in school. This life makes us ill-tempered and cunning. At the very least, we have to constantly watch out for ill-intent from the people we are dealing with.

The most part of our personality is shaped in early childhood. The manners we learn at home, our parents and neighbours… The elementary school education which left a scar in all of us and of course children’s tales. One of these is the bold boy’s tale (keloglan). I used to be sorry for the Sultan’s daughter, and thought keloglan was ugly and dorky. He had a naive side but in the end he allways used ruses to defeat his enemies. But it was only when I was reading the stories these stories to my own  daughter that I realised how absurd it was that he would just come into a huge fortune without working, how he would seize mansions and riches one way or the other, and then wouldn’t work a day in his life.

For example there was one take where he defeated Ali Baba’s bandits and stole their treasure, then carried the treasure back to his mother’s worn down hut to live there with her not wanting a thing for the rest of their lives. This ending which seemed normal to me then seems to absurd today.
I will not even get into how it effected young boys that Keloglan, a grown man, lives together with his mother.

*Turkish folk tale about a poor bold boy who lives with his old mother. The bold boy dreams of becoming rich one day but his mother tells him he should work instead of dreaming. He runs off to find the Sultan and marry his daughter, which he succeeds by using his cunningness. In the end he comes back to his mother with riches and the princess, and they all live happily ever after. 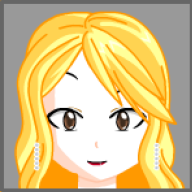 Interviewing in a Masquerade Ball

Is it very serious? Then try and be funny!

Aristotle and his tailor

Recently, I ran across a discussion on the subject of online dating in The Dark Side of Technology; a radio show on Turkey's independant and "intellectual" radio Açık Radyo. Since I had some extra time...
END_OF_DOCUMENT_TOKEN_TO_BE_REPLACED

Why do you read biographies? Usually to get some insight on why these colorful and successful individuals became successful. I bough the book “Elon Musk”...